Plant a tree in memory of Valerie
An environmentally-friendly option 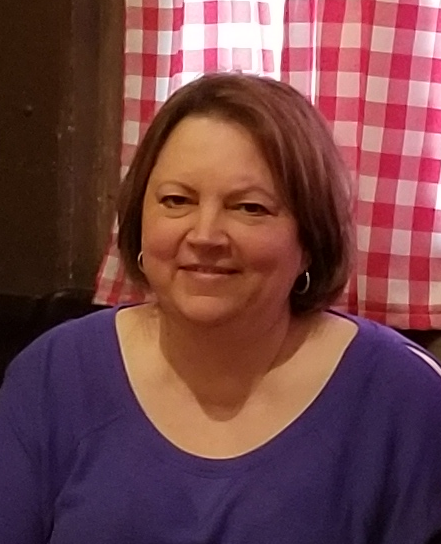 A huge loss has left a void for the family, friends, colleagues, and patients of Valerie Cummins. Born in Leon, Iowa, November 8, 1963, she left us suddenly on April 18, 2021. Valerie is survived by her husband, Chad, their son, Blake, her mother, Gail Hodge, her brother, Lance Doty, her niece and three nephews, and several cousins and aunts…and, as her last boss says, the “countless lives” she touched” in roles in emergency medicine, cardiac care, oncology, and research.” Before she left us, she lost her father, Roy Doty, and her grandparents, Dean and Mary Maroney, and Harold and Doris Doty.

Valerie was raised on a farm near Cainsville, Missouri, where the family raised cattle, horses, and pigs, and the crops to feed them. Her niece, Emily, says their farm was for many years the largest in Missouri. And her husband, Chad, remembers that the first time he saw it, all he could think of was the Ponderosa, the ranch that was the site of the television show Bonanza; all the land as far as he could see was theirs. Valerie was driving farm vehicles from the age of five. And you may remember the trick-riding performances which she and her younger brother performed at Cheyenne’s Frontier Days and other rodeos when they were pre-teens. Valerie was also a strong barrel racer, and she performed square dancing on horseback.

After graduating from South Harrison High School in Bethany, Missouri, in 1982, Valerie went on to education and work as an emergency medical technician (and then as a paramedic) eventually working full-time while she got her Bachelor of Science in Nursing at the University of Missouri. There she met her husband, Chad, who was working alongside her in security when she and her colleagues brought difficult patients into the emergency room. They were married in 1991.

Her profession and relatives in Colorado brought the couple to Fort Collins in 1993, where Valerie began work as a nurse at Poudre Valley Hospital. She was working in cardiac telemetry when son Blake joined the family in 2001. While dealing with Blake’s considerable health issues and then her own, Valerie touched many lives with her expertise in emergency medicine, cardiac care, oncology, and research. She was nominated for the Nightingale Award for Nursing Excellence, and she has presented her UC Health research at several national conferences.

She wasn’t very good at relaxing, but she got hooked on Stamping for relaxation and found a very artistic streak when making cards. And somewhere in the house is a collection of Beanie Babies that she collected before she had her own baby.

Valerie was the Program Manager of Research Administration for UC Health at the time of her death.

Plant a tree in memory of Valerie by clicking here.
To send flowers to Valerie's family, please visit our floral store.

A service summary is not available

Plant a tree in memory of Valerie
An environmentally-friendly option

Plant a tree in memory of Valerie

7 trees planted in memory of Valerie

There is 1 photo available in the gallery

Thank you for being in my life. I do not have words to express my sorrow. I can not comprehend that my phone will never ring again with your name flashing. You were one of a kind! Aunt Marge

Wishing you peace to bring comfort, courage to face the days ahead and loving memories to forever hold in your hearts.
Kayla Hauge and Lee DeHart , South Terminal

A Memorial Tree was ordered in memory of Valerie D Cummins by Kayla Hauge and Lee DeHart , South Terminal.  Plant a Tree

We pray the love of God surrounds you during your journey through grief. Valerie was a wonderful human being; always kind, loving, caring and giving towards others. We are thinking of you.
Jason, Tami, Olivia and Amelia Herman

A Memorial Tree was ordered in memory of Valerie D Cummins by Jason, Tami, Olivia and Amelia Herman.  Plant a Tree

So sorry to hear of Valerie’s passing. I worked with Valerie at PVH Home Care. She was one of the sweetest, kindest people I have ever worked with. Rest In Peace.
Bonnie Petty-Jones

Valerie, my precious niece, was the most selfless person I know. Her devotion to family was unprecedented. I personally mourn the loss of my dearest confidante. You were one of a kind baby girl.

Plant a tree in memory of Valerie