Plant a tree in memory of Mildred
An environmentally-friendly option 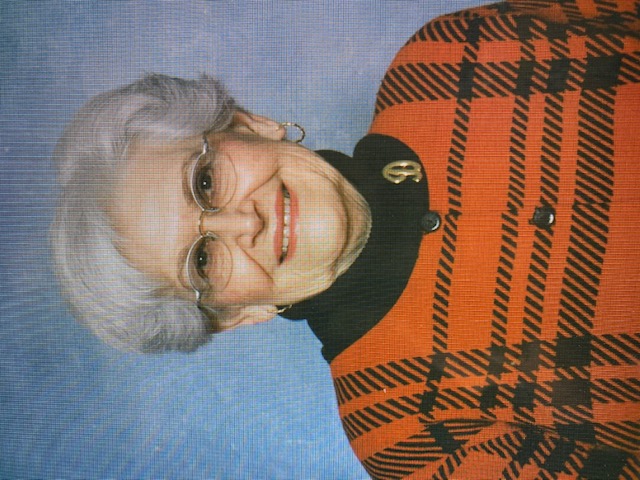 Mildred Schumann Dick was born in Sterling, Colorado on February 7, 1925, to Barbara (Wink) and Henry Schumann.

Mildred started school at Franklin Elementary in Sterling and then moved to the one room, Beetland Country School, located between Atwood and Merino.  The schools were consolidated in 1936 into the Merino schools.  She graduated Sterling High School in 1942.

Mildred worked in Sterling at F.W. Woolworth and Farmers and Bankers Life Insurance Company until leaving for Uvalde, Texas in July 1943.  She joined the love of her life, Gerald Dick, who was serving in WWII and they were married.  Gerald was stationed in many places in the United States and she was able to follow along, working at many jobs until he was stationed overseas and she returned to Sterling until the war was over and they could be re-united.

Mildred and Gerald began farming in Proctor and during this time both of their sons were born.  Later they moved to Sterling and farmed the Sugar Factory farm.  Mildred worked part time at the Westerner and Ace clothing in Sterling where she did a great many alterations until 1972.

Both of their sons were active in church, 4-H, and sports and attending each and every event was a priority for Mildred.  Her family came first and being such a wonderful cook made for wonderful family dinners and holidays. She specialized in chocolate chips cookies and many German delights.!

Mildred and Gerald enjoyed traveling together and this included trips to Germany where Randy was stationed and there were many trips to California to visit family they loved so much.  They spent time in New York City, Kansas City, Chicago, and Hawaii.

Mildred bowled on a league with dear friends for 51 years and attended the state tournament for 35 years and was a member of the 600 club.  She also served on the Election Board in Proctor and Sterling for over 50 years.

Mildred and Gerald moved to Windsor, CO in 2008 and have lived at Good Samaritan Water Valley to be closer to their families.  They missed their close friends in Sterling and made many new friends in Windsor.

Mildred was preceded in death by her husband Gerald in 2010, and is survived by sons Randy (Dixie) and Bruce (Terri) of Windsor, CO. and grandchildren Cara (Matt) Rosane of Gordon, NE, Ryan (Kelly) Dick of Allenspark, CO, and Bryan (fiancé Melissa Rademacher) Dick of Aurora, CO.  and great grandchildren Lily, Saedy, and Knox Rosane.  She is survived by many wonderful nieces and nephews in the Sterling area and beyond.  She was preceded in death by her parents, sisters Amilia Mitchell, Pauline Hessler, and Helen Shield and brothers Hank Schumann and Clarence Schumann.

Services at Good Samaritan in Windsor and Sterling, CO. to be announced.

Plant a tree in memory of Mildred by clicking here.
To send flowers to Mildred's family, please visit our floral store.

A service summary is not available

Plant a tree in memory of Mildred
An environmentally-friendly option

Plant a tree in memory of Mildred

1 tree planted in memory of Mildred

A Memorial Tree was planted for Mildred Dick

Plant a tree in memory of Mildred