We would like to offer our sincere support to anyone coping with grief. Enter your email below for our complimentary daily grief messages. Messages run for up to one year and you can stop at any time. Your email will not be used for any other purpose.

Share a memory
Obituary & Services
Tribute Wall
Read more about the life story of Dr. Ted and share your memory.

Dr. Ted Eugene Runyan, 93, took his last breath at home on January 16, 2023. He was born in
LaPorte City, Iowa, on April 16, 1929, to Louise and Raymond Runyan. He graduated from La
Porte City High School in 1947. Ted lived a very full and interesting life. He graduated with a
Bachelor of Science degree from Upper Iowa University in 1951 and began his professional life
as a high school teacher and coach. He maintained a passion for education and sports

throughout his life. He went on to earn advanced degrees, obtaining a M.A. from the Univer-
sity of Iowa and a PhD from Iowa State University. He spent most of his career in Britt, Iowa,

Britt and West Hancock districts, until his retirement in 1995. Ted was ahead of the conserva-
tion curve, having carried out extensive energy conservation projects at the schools over sev-
eral years starting in 1977.

Ted first met Dorothy Hoodjer at a high school basketball game he was coaching. They were
married in 1957. They saw much of the world, visiting all 50 states including some epic road
trips to the west coast with their (semi-unruly) kids in tow. They also made multiple trips to
Europe, Asia, Canada, and Mexico, often to visit their (semi-unruly) adult kids.

Ted was a lifelong ambassador for the town of Britt and the state of Iowa and was highly ac-
tive at the local and state levels. He held a number of leadership positions. He was elected

to two terms to the Iowa High School Athletic Association (IHSAA), where he served as chair-
man and was awarded the Lyle T. Quinn Award of Merit. The award is the highest honor be-
stowed by the IHSAA Board of Control. Ted also served as Britt Chamber of Commerce presi-
dent, First Lutheran Church congregation president, and Lions Club president.

Ted and Dorothy moved to Fort Collins, Colorado, in 1999 to be closer to their kids. They

loved being in Fort Collins and spending time with the many friends they made in their com-
munity. Soon after moving he joined the Miramont fitness club and wore out multiple pieces

of equipment over many years of daily attendance. Ted was a Colorado State University sup-
porter as well. He was given the Richard A. Larkin Memorial Award in 2017, for the volunteer

work he did for CSU’s track and field program. Ted was a loyal fan of Iowa Hawkeye and Iowa
State Cyclone athletics. He enjoyed annual fishing trips in Minnesota with his brothers, sister
and their families. He was a wily bridge and cribbage player and a big Saturday Night Live fan
right to the end. But more than anything Ted loved spending time with friends and family.
His three grandchildren were a real joy in his life.
Ted was preceded in death by his parents and four siblings. He is survived by his wife

Dorothy, children Brad and Reece (Susie) Runyan, grandchildren Trent, Blake and Abbey Run-
yan and too many nieces and nephews to count, all of whom counted big-time to him.

Celebrations of Ted’s life will be held in the spring in Colorado and Iowa.

To send flowers to the family or plant a tree in memory of Dr. Ted Runyan, please visit our floral store. 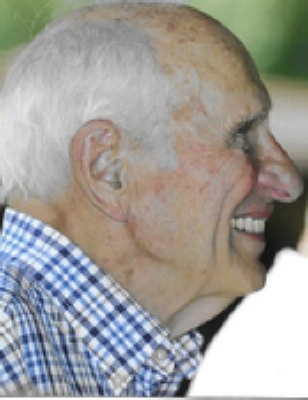 In Loving Memory Of

Look inside to read what others
have shared
Family and friends are coming together online to create a special keepsake. Every memory left on the online obituary will be automatically included in the book.

In Loving Memory Of

Look inside to read what others have shared

Family and friends are coming together online to create a special keepsake. Every memory left on the online obituary will be automatically included in the book.

You can still show your support by sending flowers directly to the family, or by planting a memorial tree in the memory of Dr. Ted Runyan
SHARE OBITUARY
© 2023 Vessey Funeral Service. All Rights Reserved. Funeral Home website by CFS & TA | Terms of Use | Privacy Policy | Accessibility