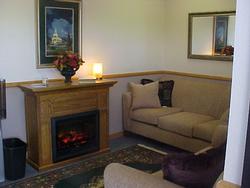 It is the intent, desire, and drive of the Vessey Funeral Service to provide dignified, caring, quality service to every person and family needing our services - providing the same caring service to all people in all situations.

We are the newest funeral establishment in Fort Collins dedicated to service your family's needs with compasionate and caring service. Our low overhead allows us to provide superior service at a much lower cost to the families we serve. Both Mike and Steve have college degrees in Mortuary Science, have successfully passed the national board examination and are certified as "Mortuary Science Practioners" in the state of Colorado. Mike also holds licenses in Nebraska and Kansas.  When you need us, we are here ready to serve you. We pride ourselves in providing individual service to each family we meet with. Whether you desire a simple family service or a large elaborate celebration of life, we are here and experienced in all facets of funeral service.

WE ARE FUNERAL DIRECTORS WHO TRULY CARE 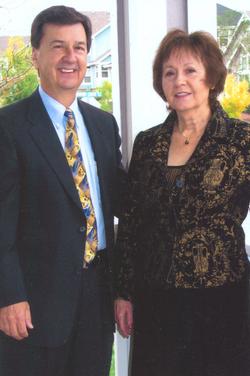 Mike and Susie Reager were both raised on the plains of Kansas and met while attending college at Hays State College. After college they were married and moved to Cincinnati, Ohio where Mike went to the Cincinnati School of Mortuary Science. After graduation in September of 1971, they moved back to Kansas to begin a career in the funeral business. The Reager family moved to Fort Collins in 1982 and purchased the Russell Funeral Chapel. In 1983 they began building a new facility and changed the name to Reager Funeral Home and Crematory. Located at 1530 Riverside. They continued this business until selling out and moving to Sterling in the mid 1990's. They currently own the Chaney-Reager Funeral Home in Sterling, Colorado as well as being a partner in the Vessey Funeral Service. Mike and Susie have three daughters, Tera, Aimee, and Ashley as well as six grandchildren. Mike is currently the chairman of the Colorado Funeral Service Board and is a national officer of the Lions Club. Mike and Susie are members of St. John's Lutheran Church in Fort Collins. 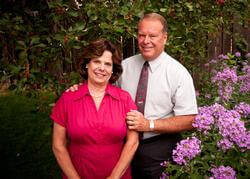 Steve and Debbie met while attending Colorado State University. Steve majored in Business Management and Debbie in Early Childhood Development. They were married in 1975 in Fort Collins and have remained here the entire time since. Debbie, a "Navy Brat", has lived on the East Coast, West Coast, Guam and the Phillipines where she graduated from high school. She came to Fort Collins to attend Colorado State and has always been right at home here in her parents home state. Steve was born in Fort Collins and attended Fort Collins schools including Harris Elementary, Putnam Elementary, Lesher Jr High, Cache LaPoudre Jr. High, Fort Collins High and finally Colorado State University after two years at Mesa College in Grand Junction, Colorao. After 25 years as a Farmers Insurance Group Agent, Steve entered Mortuary School at the urging of his long time mentor, Mike Reager. The insurance agency remains in operation today with the assistance of his excellent licensed staff. Steve is proud of his hometown and is a 1991 graduate of Leadership Fort Collins. Active in many civic activities, he enjoys supporting his CSU Rams. Steve is active in the Fort Collins Optimist Club and is a board member for the Fort Collins Senior Center Expansion Initiative. Steve and Debbie have a son, Ben, in Sarasota Florida who flies a Gulfstream G-IV corporate jet for a large corporation in New York. Daughter Dana and her husband live in Baton Rouge, Louisianna where husband Jered is a chemical engineer for a oil refinery.